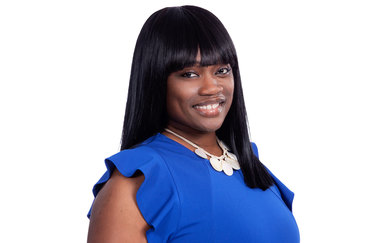 SmithGroup, one of the nation’s leading integrated design firms, is pleased to announce that Tiffany Brown, Associate AIA, NOMA, has received the American Institute of Architects (AIA) 2020 Associates Award. This honor recognizes outstanding leaders and creative thinkers for significant contributions to their communities and the architecture profession.

A project manager and construction administrator at SmithGroup’s Detroit office, Brown has dedicated her career to raising awareness for the social impact that planning and design have on urban communities. As a nationally recognized speaker and panelist, she is widely credited for her action-oriented approach to breaking down barriers and creating access to architecture education for traditionally underserved populations. In support of this focus, she co-founded the Urban Arts Collective, a non-profit establishment that promotes innovative programming to expose underrepresented groups to art, architecture, science and engineering. In 2017, Brown and the Urban Arts Collective was awarded a grant by The Knight Foundation to launch 400 FORWARD, a national mentorship and financial assistance initiative aimed to support the development of the next 400 women architects and grow the presence of African American women in the profession of architecture.

An active force within the design community, Brown serves as a member of AIA’s national K-12 Advisory Board, is a founding member of the Detroit Chapter of the National Organization of Minority Architects (NOMA), and helps to advance NOMA initiatives at the national level. Brown holds the position of University Liaison – Midwest Region for the organization’s executive board and is a recipient of the group’s Distinguished Service Award. She also sits on the Champions Board of the National Girls Collaborative Project, an entity dedicated to informing and encouraging young girls to pursue careers in the fields of science, technology, engineering and mathematics.

In recognition of her many accomplishments Brown was named Associate Member of the Year by AIA’s Michigan and Detroit Chapters in May and August of 2019, respectively, and was awarded the Jason Pettigrew Memorial ARE Scholarship from AIA’s National Chapter in 2018. Her work has also been featured by notable media sources, including ARCHITET Magazine, Architectural Record, Interior Design ESSENCE, PBS, Michigan Public Radio, the Kat Holmes authored “Mismatch: How Inclusivity Shapes Design,” and other outlets.

Brown is a graduate of Lawrence Technological University’s College of Architecture and Design, where she earned Master of Science degrees in architecture and business administration, as well as a Bachelor of Science in architecture. In 2019, she was the recipient of the school’s inaugural John G. Petty Community Champion Award, which is bestowed upon individuals who positively impact the lives of the African American community. She is also an adjunct professor at the university.

Brown and fellow award recipients will be honored at a ceremony on May 14 at the AIA Conference on Architecture 2020 in Los Angeles, California.

Founded in 1857, The American Institute of Architects consistently works to create more valuable, healthy, secure, and sustainable buildings, neighborhoods, and communities. Through more than 200 international, state and local chapters, the AIA advocates for public policies that promote economic vitality and public wellbeing. Members adhere to a code of ethics and conduct to ensure the highest professional standards.