Design-Build Then and Now: SmithGroup at the Forefront 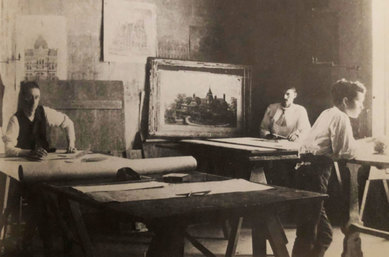 One of the most intriguing reasons behind why I wanted to work for SmithGroup was that they are the oldest operating architecture and engineering firm in the country. Founded in 1853 by Sheldon Smith, the firm has gone through many permutations and has expanded nationwide to encompass a variety of practices and disciplines. Being a fan of history, I wanted to delve a bit more into the story of SmithGroup, and eagerly jumped into the book Smith, Hinchman & Grylls: 125 Years of Architecture and Engineering. I was pleasantly surprised to find that, while established as a traditional firm, the firm has been an innovator time and again throughout its history, from being one of the early adopters of solar power to designing some of the first research labs in the country. One particular topic, however, jumped out at me as a differentiator: construction management.

For several decades, organizations in Southern California have been learning to adapt to the design-build delivery methodology—often with some growing pains. As many projects today follow this process, I believe that we have become accustomed to its in’s and out’s and are creating very successful projects. I have had the privilege of working on four design-build projects so far, two of which are under construction and will be completed in much less time than a building constructed via a traditional design-bid-build approach. Design-build has been on the rise for some time but has gained considerable traction here in Los Angeles and many other areas. Where did it start? Who thought of it first? Often, I think it’s hard to trace these ideas, as they tend to come about organically over time. Then I stumbled upon this passage from a book I was reading:

“The ‘construction management system,’ as it became known, divided the total project into a number of bid packages, and let these contracts to a rigid schedule as soon as design was completed… (it) also called for the early selection and ordering of materials requiring long lead time and equipment for delivery when the project reached that specific state of completion.” 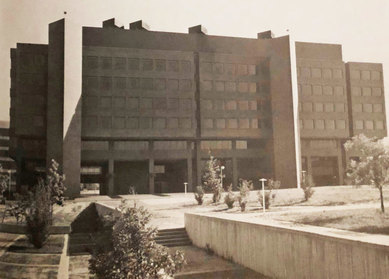 It sounds like Smith, Hinchman & Grylls (as our firm was known in the 60s and 70s, when this evolution in delivery processes was happening) might have invented the precursor to design-build methodology. At the very least, we were early proponents and adopters of the system. Interestingly, my predecessor colleagues built up their own expertise in order to deliver products to their clients within particular constraints—like cost escalation and time—and also bolstered the firm’s reputation. Risky, but with a big payoff. 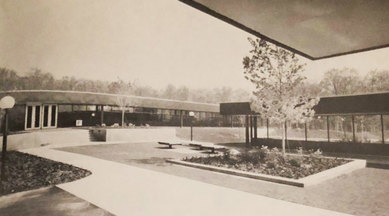 Today at SmithGroup, we talk frequently about the future of our profession and how it has been and will be impacted by dynamics like design-build and other market influences. Additionally, advancing technologies, increasing project complexity, and market risk further complicate relationships between clients, designers, contractors, subcontractors, and other partners. While we work to determine where we fit into this mêlée of players—as well as how we want our firm’s legacy to fit in with the rest of architectural history—I feel heartened to know that the forebears of our company were forward-thinking and responded to market pressures with innovative responses. Whether or not they were the first to have office-integrated solar collectors, built the first research lab for NASA, or invented the early form of design-build, they were collective thinkers who solved problems with ingenuity and thought.

I believe that we uphold that tradition today, by cultivating a diverse group of people who have different ways of approaching problems creatively and a working environment that supports innovation from all places. I only hope that we can leverage this as we move into future iterations of what our profession will be 20, 50, or 100 years from now, and that that those writing books about SmithGroup will look back with the same admiration.