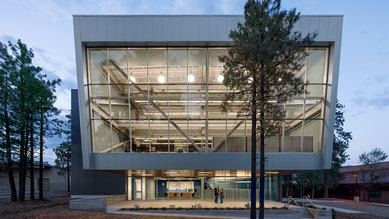 As early as 700BC with Code of Hammurabi, can one find reference to the principles of Design Build; a delivery methodology with single point of responsibility. A seamless service of what we now refer to design and construction embodied the Greek civilizations, the builders of the Parthenon – Ictinus and Callicrates could be considered the fathers of Design Build; the true Master Builders. In fact the Greek word for Master Builder is Arkhitekton, from which the modern word Architect is derived.

Even with that rich history, Design-Build has been looked down upon in the past. One could even say it was considered a four letter word, at least where architects were concerned –however in recent years, the industry has been slowly changing. Contractors are now our best friends and sometimes even our significant others.

However, many clients still believe there is a competitive advantage to bidding trades against each other, with the goal to reduce the bottom line. While the traditional design-bid-build approach can be highly successful, at SmithGroupJJR, we have found that this approach isn’t always the best bang for the buck. Our experience is proving that collaboration and integration between the parties is often the best solution. When we approach a job as partners, and work as an integrated team – instead of architect and contractor vying for the client’s attention and trying to have the last word – everyone becomes more accountable and takes ownership of the process.

It’s time to once and for all rescue Design-Build from leftover misconceptions and elevate it as the problem-solving, efficiency-creating, cost-saving model that it is.

There are several different ways to structure Design-Build. But none of them involves pitting aesthetics against constructability, or letting ego guide the process. Design-Build is pro-collaborative and anti-ego by nature. Now, our relationships with contractors and their subcontractors have made a significant difference in the way we deliver projects. Ideas are shared and evolve collaboratively.

SmithGroupJJR’s recent project for Northern Arizona University (NAU) is a great example of this. NAU put out an RFP for their first Design-Build contract ever. It was a 45,000 square foot, three-story administrative building; the schedule and budget were tight to say the least. Together with Mortenson Construction, SmithGroupJJR won the solicitation, and designed and constructed the building in less than 12 months. The tenants moved in an unheard-of time frame for a building of this scope. Not only did we save NAU money, the building has also won numerous design awards.

But all of that hinged on the Design-Build solution.

Since we were aligned from day one with the contractor as partners, we had immediate access to all of their subcontractors. For example the Structural Engineer began working with the Steel Subcontractor early in Schematic Design. Extensive collaboration meant that CAD files were shared back and forth and one model was created to document, coordinate and construct the steel structure of the building.

By going right to the “source” in the design process – the person on the team who was going to actually build it – we were able to skip a step, and therefore consolidate the amount of work and lag time.

Not only that, we found creative solutions for an integrated exterior/interior enclosure of the building– precisely because the engineers, architects, and contractors were all talking to each other from a place of equal footing and equal buy-in from day one. The result was a beautiful building, solidly built, in record time – and a very satisfied end user.

The Bay Area Headquarters for the American Red Cross in San Francisco is another solid example of collaboration. This renovation/repositioning project was also delivered vis a vis Design-Build. As SmithGroupJJR was working with the contractor on multiple projects, materials being discarded from another jobsite were repurposed for the Red Cross, ultimately saving money, and waste for this non-profit organization. Had the team not been collaborating in a design-build methodology, working in tandem on design and constructability, this may have been a lost opportunity.

Through project experiences such as these and other alternative delivery methods such as Construction Manager at Risk, we are learning to align ourselves with good industry partners. Ultimately, collaboration is the key to a successful Design Build delivery; it allows us to optimize project results, reduce waste and maximize efficiency and increase value to the owner. Assisting the client in understanding this and being an advocate has become central to our mission of Holistic Design.