The Competitive Advantage of Urban Institutions 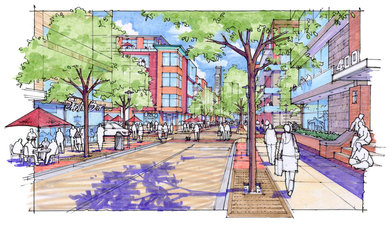 I love cities. As a trained urban designer, I must admit my personal bias for the all-too-often-overused buzzwords – including walkable urbanism, multimodal transportation mixed-use, authentic placemaking, and smart growth. I also love higher education. As a campus planner, I’ve had the opportunity to work with public and private colleges and universities across the country, often located in urban areas.

I am an optimist to the core, and am inclined to believe that the future for cities in this country is bright. It is widely understood that we are currently in the midst of the largest growth of urban population in history of the world. According to the United Nations Population Fund, “in 2008, for the first time in history, more than half of the world’s population was living in towns and cities…[and] by 2030 this number will swell to almost 5 billion.” This situation, as described by the World Health Organization, provides especially good news for the over 250 or so mid-size cities in the U.S., because “around half of all urban dwellers live in cities with between 100,000 – 500,000 people.” The U.S. urban population also increased by 12.1 percent from 2000 to 2010, outpacing the nation’s overall growth rate of 9.7 percent for the same period.

The future of higher education as we know it is not quite as bright. More pessimistic analysts believe that as many as half of the higher education institutions that exist today could cease to exist in 50 years. Despite this pending crisis, it is evident that not all colleges and universities are equally positioned for success. From my perspective, urban institutions are better positioned to succeed in the future. According to a recent Nielsen survey, 62 percent of millennials polled said they prefer to live in urban mixed-use environments. These millennials, aged 18-36, have the power to affect cities and the colleges and universities within these urban environments.

Institutions across the country will continue to struggle with declining enrollment, limited resources, shrinking debt capacity, high deferred maintenance, outdated facilities, lack of collaboration space, and changing pedagogies. As a firm believer that a college campus still provides the best opportunity to foster the next generation of students, thinkers, innovators and leaders, I am also convinced that urban institutions will outperform their non-urban peers, bolstered by 77 million millennials who prefer to live in dense, diverse and socially rich environments.

The growth of urban institutions will require solid leadership, forward-thinking planning, and increased nimbleness in response to constantly changing environments. It is also important that campus planners and urban designers continue to innovate and challenge the status quo to ensure urban institutions are positioned for long-term sustainability and success. 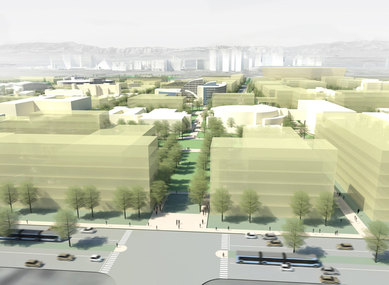 In the coming months, I will examine how urban, public universities can use their proximity to downtown as a competitive advantage. Some of the examples will include:

While their approaches are different, all of these institutions are realizing the power of integrating campus life and academic achievement within a dynamic urban environment.