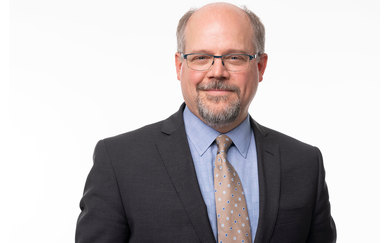 SmithGroup, one of the nation’s leading integrated design firms, has hired James (Jim) Shepherd as Director of Historic Preservation. In this newly created role, Shepherd, a principal, is responsible for enhancing the firm’s commitment and expertise in preservation across all market sectors.

Shepherd has over 25 years of experience in the preservation and conservation of significant historic structures. Prior to joining SmithGroup, he served as the director of preservation and facilities at Washington National Cathedral in Washington, DC, a role that directed capital projects for all facilities that the Cathedral stewards as well as the restoration and repair of the cathedral building after it sustained significant damage from an earthquake in 2011. Shepherd was also previously an associate partner and senior preservation architect at the Washington, DC and New York offices of Beyer Blinder Belle where he directed numerous award-winning preservation projects of national significance for such clients as the National Park Service, the Smithsonian Institution, the Department of State and the Architect of the Capitol.

“Jim is an ardent steward for the preservation of our built heritage and is skilled at seeking solutions that balance conservation with modern function,” says Troy Thompson, a preservation architect and SmithGroup Managing Partner. “He uniquely combines a depth of technical knowledge, with steady leadership through often complex projects, and has inexhaustible enthusiasm for preserving the past to enable a better future.”

In addition to managing project work totaling nearly $80 million for Washington National Cathedral, Shepherd’s portfolio includes restoration of the Historic DC Courthouse, a National Historic Landmark originally designed by George Hadfield in 1820 as the first city hall in Washington, DC; recreation of the Old House of Delegates Chamber at the Maryland State House in Annapolis, Maryland, to return the chamber to its appearance in the 1800’s; planning of an addition to the c. 1942 Harry S. Truman Building in Washington, DC for the Department of State, that would become the United States Diplomacy Center; restoration of Beaux Arts National Historic Landmark Grand Central Terminal in New York; preservation of the Cathedral of the Blessed Sacrament in Sacramento, California, originally designed by Bryan Church in 1889; and restoration of a laundry and hospital building on Ellis Island in New York Harbor.

“Historic preservation is more than restoring a building to its original beauty,” explains Shepherd. “It is about ensuring our built heritage is used well, is valued by the community it serves, and continues to tell stories and shape the future.”

Shepherd adds renewed leadership to SmithGroup’s specialized historic preservation discipline that provides expertise in preservation, restoration, rehabilitation and adaptive reuse to organizations ranging from governmental and higher education institutions, to commercial real estate developers and cultural entities. The firm has a long history of preservation of vital examples of built history including the United States’ first national museum constructed in 1881, the Smithsonian Institution Arts and Industries Building in Washington, DC; the Cranbrook Academy of Art & Museum in Bloomfield, Michigan designed by Eliel Saarinen; the mid-century General Motors Design Dome in Warren, Michigan, designed by Eero Saarinen; the restoration and adaption of the c. 1887 Pension Building into the National Building Museum; one of the few surviving Second Empire-style buildings in the United States, the c. 1871 Eisenhower Executive Office Building in Washington, DC; revitalization of the White House Visitors Center in the c. 1932 Baldrige Hall in the Department of Commerce building for the National Park Service; and rehabilitation of a mid-century embassy for the Department of State in Montevideo, Uruguay, designed by I.M. Pei.

Shepherd earned a Master of Architecture, with a Certificate of Specialty in Historic Preservation, from the University of Texas at Austin. He also holds a Bachelor of Arts in both Mathematics and Psychology from Vanderbilt University. He is licensed architect in Maryland and Virginia and is certified by the National Council of Architectural Registration Boards (NCARB). He is also a LEED accredited professional. Shepherd is an active member of and is currently serving as treasurer for the board of Association for Preservation Technology (APTI). He is also active in the National Trust for Historic Preservation, the International Facility Management Association and the DC Preservation League. Shepherd is a native of Westfield, New Jersey and currently resides in Washington, DC.